Who are the Habu Community Scouts? 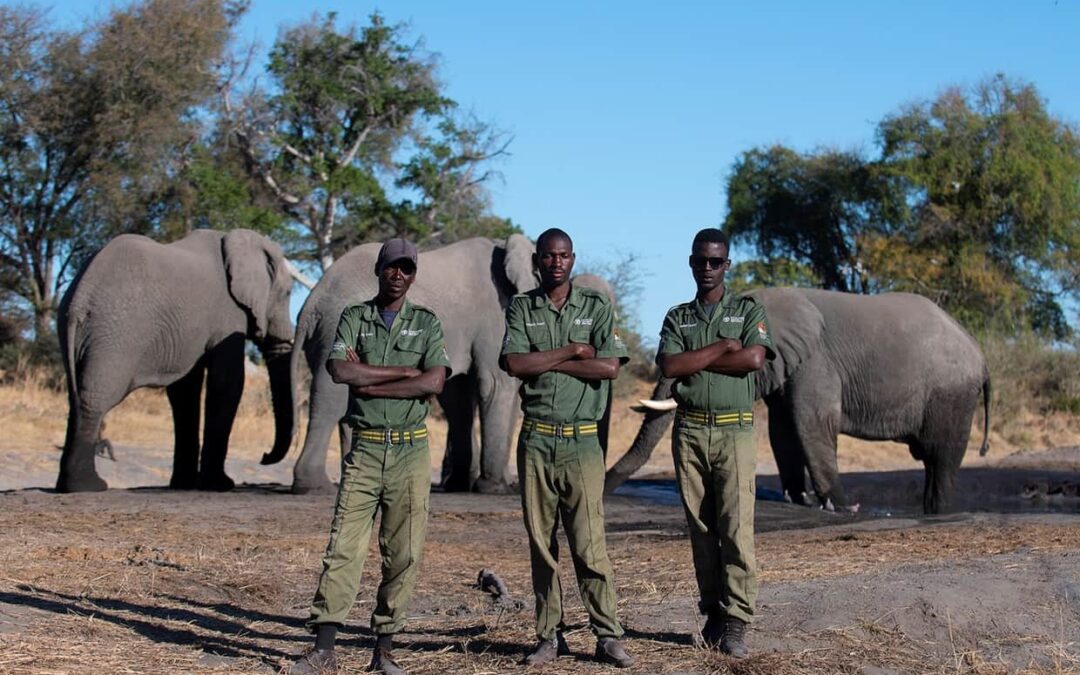 In my quest to learn about the collaboration between Wild Entrust (WE) and the Habu Elephant Development Trust (HEDT), I traveled 200 km from Maun to Habu village to meet with some of their Community Scouts. The village of Habu is off the beaten track, located in northwestern Ngamiland between the tarred road to Shakawe and the Okavango Delta. It is the focus of a community development program in partnership with WE aimed at improving the livelihoods of its residents and the sustainability of its natural resources. When I arrived there I caught up with some of the Community Scouts to learn about some of Habu’s program.

Almost 3 hours’ drive from Maun, we arrived at the HEDT office only to learn that the Community Scouts whom I have come to meet are based at a camp about 14 km from the village. Their field base camp, I learned, is situated closer to the buffalo fence in the Habu Community Wildlife Conservancy, a community-led commitment to encourage the recovery of wildlife in a cattle-free part of Habu’s traditional grazing areas. Driving to the camp was an experience in itself as my driver, Ben, one of the Community Scout program coordinators unexpectedly ran into the newly flooded Thaoge River, which in past years flowed through the area past Habu village to Tsau. 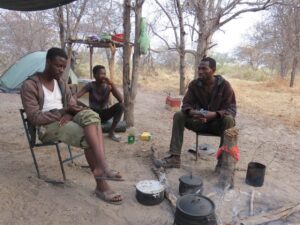 The many elephants and impalas on the way added to the excitement and sense of adventure.

We arrived at the Scouts camp just as they had returned from their daily patrols, and Ben and I set up our tents with the help of the Scouts. While preparing our supper, I started a conversation with the Scouts to hear from them what is it they do. Karehepere Daniel, Onneetse Kapwe, and Aaron Xubere explained that they are based at the camp. From there they conduct anti-poaching and data logging patrols on foot, patrols that involve many duties including recording all observations of wildlife and human activities using GPS data loggers that digitally record their observations. They record locations of dead animals that might be related to poaching and report these by radio back to the HEDT office in Habu. From there, their reports are sent to the relevant authorities like the Botswana Defense Force, and the Wildlife Department for further investigation. Another important role they have as Community Scouts is working together with their colleagues, other teams of Scouts who are also in the bush but working as cattle managers, herding, and directing cattle where to graze.

The Scouts teams communicate about which areas to take cattle and specifically about avoiding areas where buffalo or predators have been seen. This coordination between the Scouts in the field aims to reduce human-wildlife conflicts and risks of wildlife linked diseases such as FMD. These same community scouts also have helped with other HEDT development projects. These projects include helping to build better kraals for farmers to curb the problem of predators attacking livestock at night and digging of trenches around boreholes to avert elephants from damaging pipes and water tanks that farmers depend on. All these efforts by the Community Scouts contribute to Habu’s vision and ambition to see their community area develop their homegrown sustainable tourism that is compatible with Habu’s traditional livestock farmers. 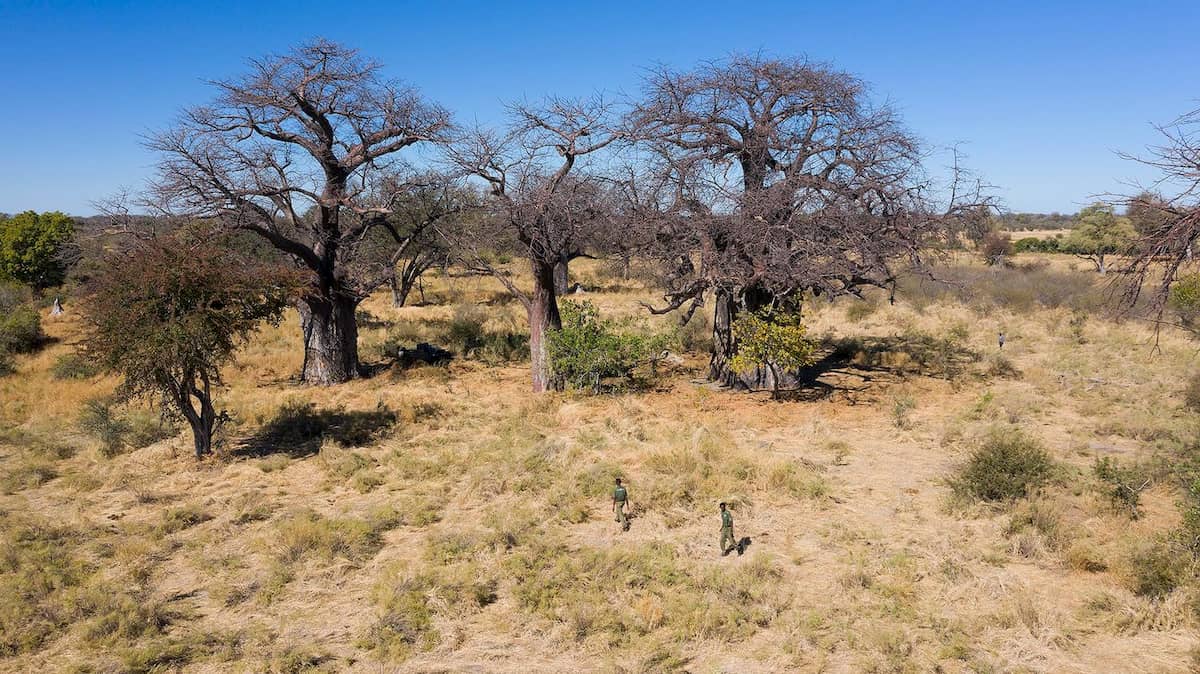 Despite challenges like patrolling unarmed on foot and fears of running into poachers or dangerous wild animals, the Habu Scouts are committed to their jobs and understand the importance and value of wildlife and its conservation. They are helping to deliver the Habu community vision, improving the lives of farmers and livestock and coexistence with the area’s natural wildlife.  They are dedicated and would like to continue without hesitation until they get the outcome of the project, hence funds are needed to continue with the project. To find out more about our other human-wildlife conflict mitigation projects work visit the Blog page at Botswana Predator Conservation Program . And please click on the DONATE button to see how you can help. 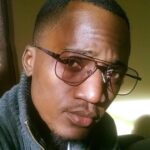