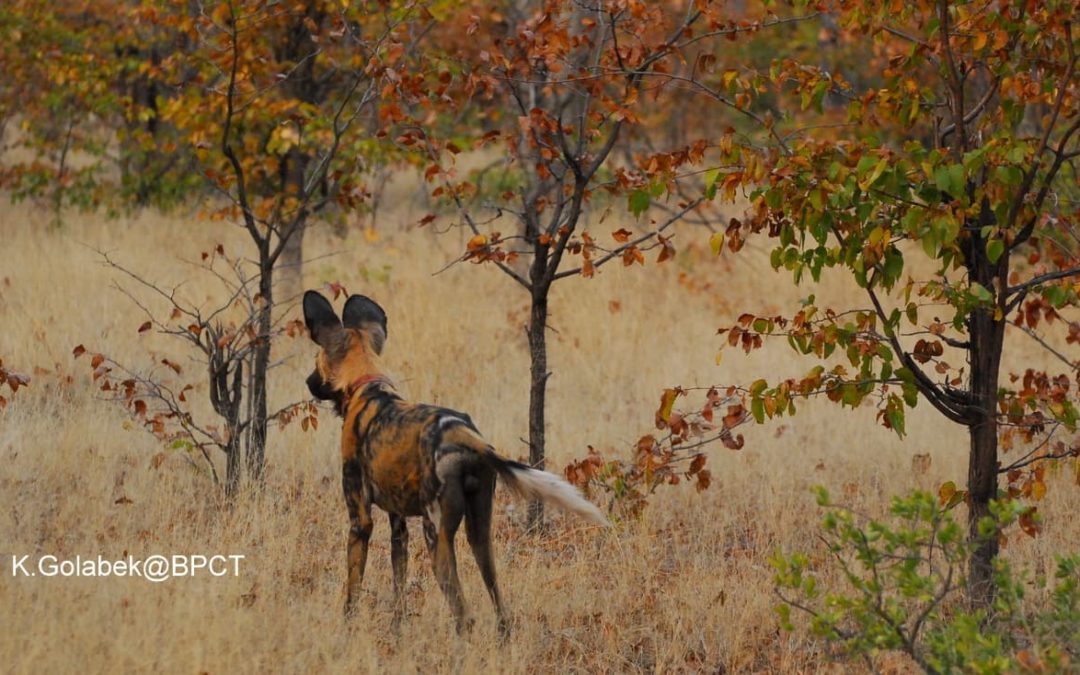 A white tail flashes out of the shade, momentarily painting an “S” shape on the dry grass canvas before falling abruptly back to earth. Back to the dust. Invisible again.The world is still. No hint of a breeze. The carpet of crispy brown leaves and long dry grass doesn’t even quiver beneath the outstretched acacia arms. Minutes pass like thick hot soup through a narrow hour glass. A twitch of black- an ear- and then nothing. The flies give away the resting dogs, but no one is watching, only me.

These efficient high speed killers lie dormant. Digesting. We are six hours from dark, one quarter of a full day from the dulling of this oppressive heat. Plenty of time to gather my thoughts before they rise again, and I play the previous evening back in my mind. The last chase. The frenzied rallying of the troops preceding the march. No overt dominance, just ritualized submission. Licking the lips of another, circling, twittering, defecating and then away. First walking, and then at a canter. Always together in a line. All three of them, and there are only three. And then they stop abruptly, and alert. There’s an impala ahead and within range; seventy-meters perhaps. The tips of its twirling horns almost glint in the fading rays of the evening sun as it is confronted by the dogs, its lean ochre body tense and poised for ‘flight’. Predator and prey face one another, eyes locked.

Ears back, the dominant female approaches, in a slow crouched walk. It’s almost casual but she is poised. She advances in full view. She is watched. After an eternity, he bolts, an explosion of impala kicking sand as he jerks his head, swivels around, and accelerates for his life. I don’t see his eyes but I do see the fear, and I feel it too. The dog catapults itself off in response, pushing the sand back with her galloping legs as she accelerates quickly, her body stretching in increasingly athletic bounds. The pursuit has begun. A tri-coloured bullet flashes through the acacia scrub, honing in on its fleeing target. In seconds they leave the scene, the other dogs following, but out to the sides, perhaps trying to anticipate the quarry’s next move.

They get it. They almost always do. The bitch returns to the others with a tell-tale face and throat of crimson. They don’t wait for her to lead them to the kill, as they did for her to return, racing off instead in the direction from which she emerged, the thorn scrub quickly swallowing up their forms. By now what little light is left paints a dull grey scene. She turns and trots into it too, but more casually. She is full. But that was yesterday. Now they wait for that time again, tails swishing in the sand, waiting for the sun to fall. We wait together. 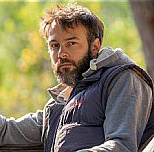