CALLS OF THE WILD 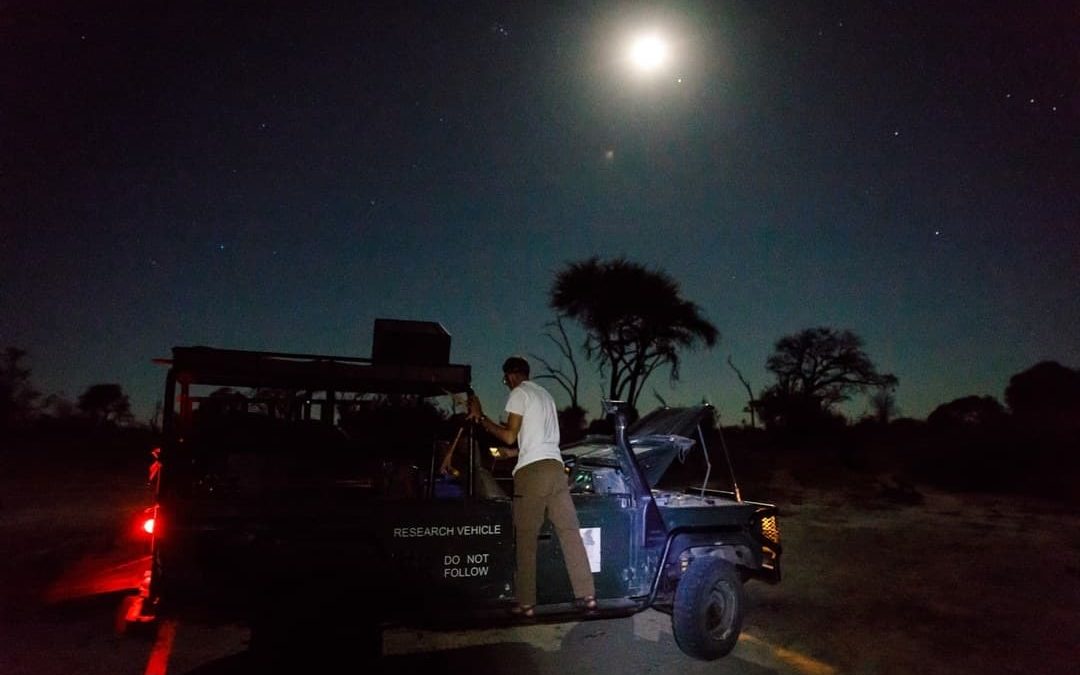 The multitude of camp projects and fieldwork priorities have made for a busy last few months. But the gradually cooling weather is coinciding with a slow tapering off in visiting collaborators, which leaves more time for data analysis and writing (including our blog)!

Just a few days ago, I finished the second of two week-long calling station censuses in our nearly 2000 square kilometer study area in the eastern side of the Okavango Delta. Each census had roughly the same design: at each of 18 sites in 3 habitat types, we broadcast audio recordings of hyena and lion vocalizations, as well as the distress calls of various prey species (wildebeest calf, hippo, and cape buffalo). The details and locations of the survey can be found in Cozzi et al. 2013, Biodiversity and Conservation). One might understandably deem such a census grounds for a Darwin Award, since after all, the researcher is attracting predators to him or herself at night, and said predators arrive expecting to find a meal or an intruding challenger! But in practice, calling stations are a routine (and reasonably safe) method for surveying large predator numbers, given that their low densities and wide-ranging make them difficult to count otherwise.

The first census, completed a month ago, was to survey hyena presence, abundance, and density. I divided up the 18 sites with Tshepho, one of our research assistants.  I completed the 9 sites outside Moremi Game Reserve, and Tshepho took the sites within the protected area. Combined, we counted 37 spotted hyenas and 4 lions across a week’s worth of full-moon calling station surveys. 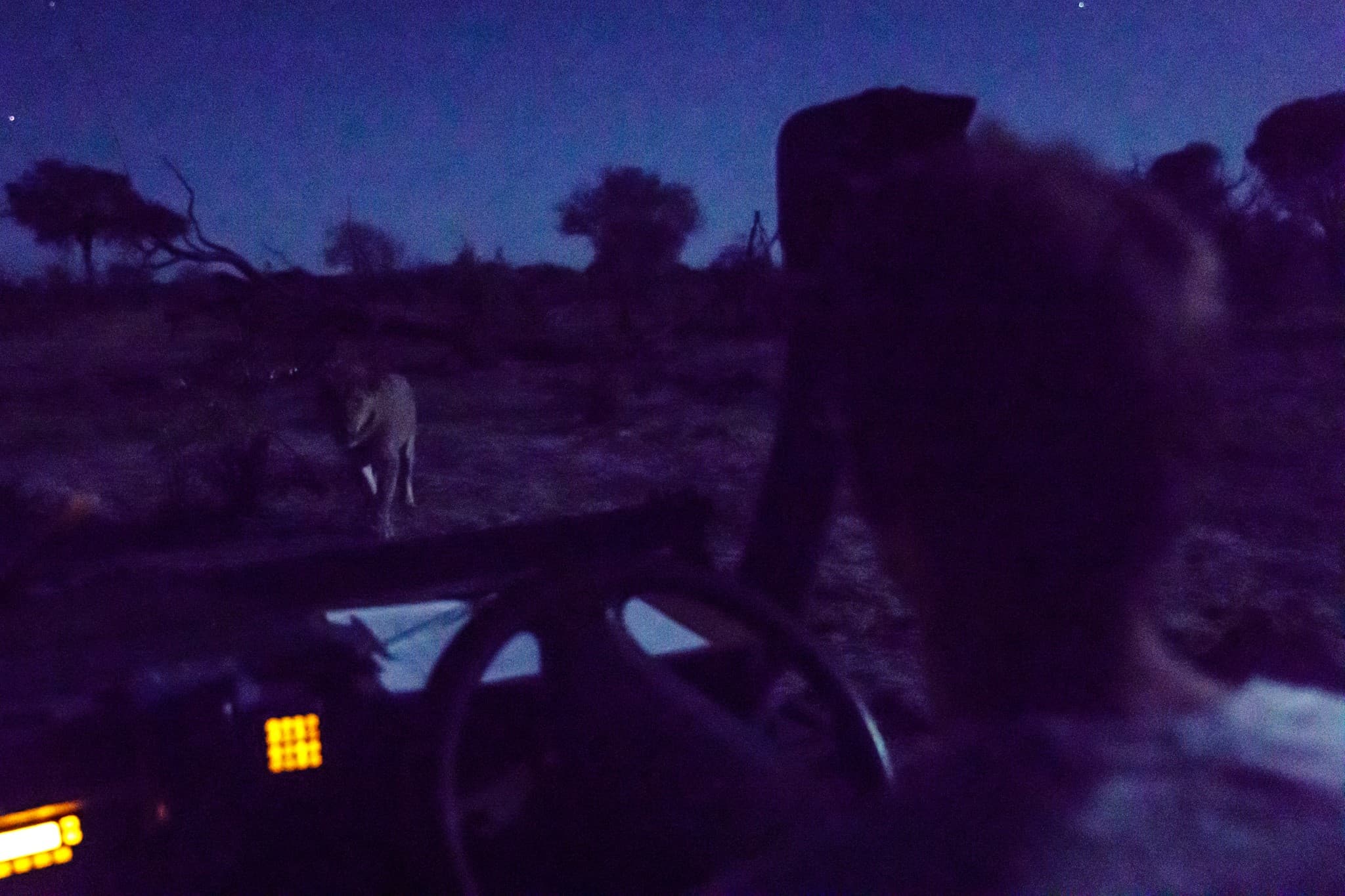 BPCT collaborator, Professor Arpat Ozgul and I completed the second census in early November, and it took a bit longer each night to conduct. That’s because it was the lion census, and the lion playback file we use is 10 minutes long (as opposed to 6 minutes for hyenas). In effect, each site takes an hour to complete since we wait longer for the lions to approach the calling station. Given that they’re Africa’s apex predator, they’re in no rush…they must figure that whoever might be at a kill will likely be stepping aside. Given previous studies, we expected these lion-specific playbacks to draw in the lions more readily than last month’s hyena calls. To our surprise, however, only 3 lions showed up, and all of these came to the very first calling station on the first night. This was especially perplexing given that I repeatedly had seen lions as I drove between calling stations each night (spaced at least 6 km apart so that no individual will come to adjacent stations in the same night). It just goes to show that like other carnivore survey methods (camera traps, spoor tracking, hair stations, etc), calling stations have their limitations in providing population estimates in any given area. All told, the lion census tallied up 35 hyena and 3 lion, very similar to last month’s hyena census. At least we got consistent numbers.

We’re currently conducting a survey methods comparison to see how estimates derived from various survey methods stack up against our known carnivore numbers (owing to extensive behavioral observations and radio-tracking efforts). In a few months’ time, we will be repeating each of these methods to compare wet and dry season estimates as well. Stay tuned!

Prepping the Landy for a long night of calling station surveys…