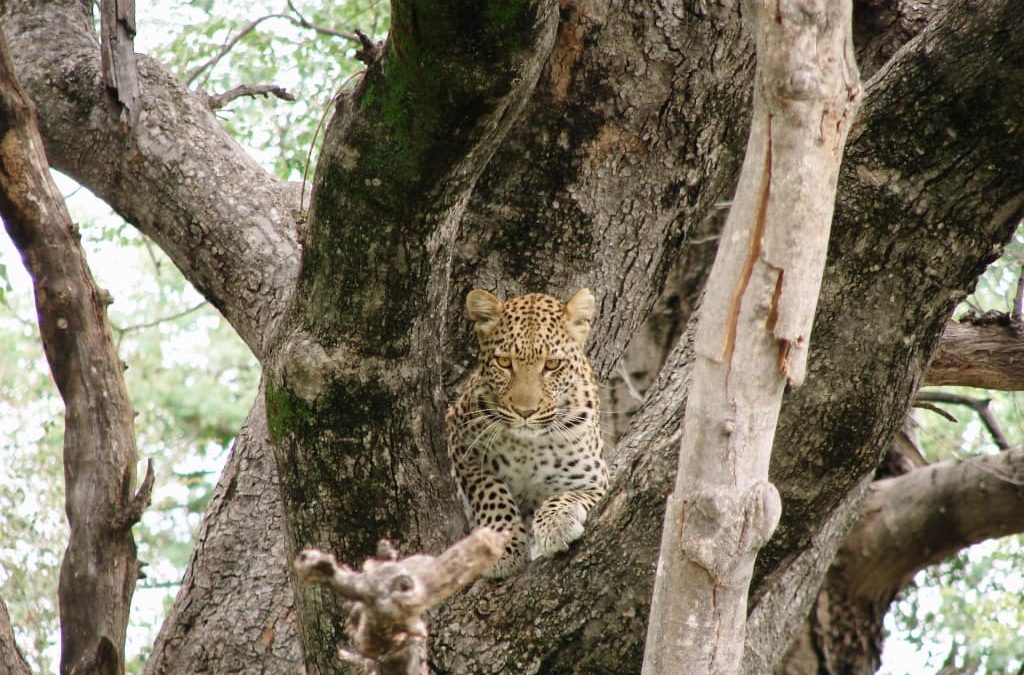 Notes from the field, 05June2017: On my dutiful way to collect SD cards from camera traps a few kilometres into a mopane woodland, I was driving with my colleague, Megan, along a road that our team essentially created by driving to said camera traps. While she was observing some elephants nearby, I was navigating the winding road and suddenly said to her, “Wild dogs.”

My extended finger pointed to a pack of 7 adult dogs resting in the road. Megan said, “I’ll bet you it’s Rivers pack!” as she started snapping photographs for identification.  Later it would show that her instincts were right, it was indeed the same pack, which we had not seen since September of 2016. One of the dogs, Thamalakane, was wearing a collar. Was it still working? A quick scramble for my tracking equipment quickly turned to disappointment as I saw that, just this once, I didn’t bring it. Soon after, the dogs got up without their usual pre-hunt rally and started trotting off. They looked to be in bad shape, 3 of them limping, one walking on 3 legs. We followed them for as long as we could, recording their behaviour, but running dogs are easily lost in the mopane (even if they are limping) as they nimbly weave through areas where cars cannot go. Nonetheless, it was a relief to know they were alive. We continued to the camera traps, all the while keeping an eye out.

Back on the wide, main road, we reflected on our fortune of finding these dogs, though finding a pack of dogs resting in the road is not too uncommon. Suddenly in the distance we saw a slinking figure walking in the same direction that we were driving.  Did we find the dogs again, trotting down the road? Upon getting closer we saw that it was a small, uncollared adult female leopard, named Hershey, and started to follow her. As we were both briefly distracted by something making noise on the other side of the road, she disappeared. We backed up to where we last saw her tracks and followed them to where she went off-road. In the brief moment we didn’t see her, she leapt up tothe top of a small tree, about 2-3 meters off the ground. Her eyes were not focused on us but on something in the grass below her. She leapt down and pinned something to the ground, and in the true spirit of a cat, she let go just to catch it again a meter away, and killed it. It was a dwarf mongoose, and as she sat there at the side of the road starting to devour her kill, the tourist vehicles came. She got up and moved slightly away, mongoose in mouth, but couldn’t be disturbed by the 7 vehicles now surrounding her. The vehicles peeled off as she finished her meal, and she started walking down the road again. The remaining safari vehicles left her too as she went off-road again, this time on the other side of the road. We followed her as the light was fading, ambling around, stalking and unsuccessfully hunting some francolins. Suddenly her posture became more austere. She darted forward a few meters, then shot up a dense tree about 4 meters tall and burst out the top, upside down, arms and claws extended, righted herself in mid-air and landed on top of a squirrel. She promptly ate the squirrel and continued moseying on. We continued to follow her but finally lost her when the light had all but completely faded. She sprinted off into an acacia thicket, no doubt chasing another light snack, and we admired her for her alternative sustenance strategy which opposes the common practice of ambushing then dragging an ungulate up a tree. This had turned into a pretty special afternoon, but it was time to head back to camp.

On our way back I decided to turn off onto a less-often-used track, wondering if it were perhaps slightly quicker. It could only be called serendipity as, driving down this route, we stumbled upon 4 of the 5 resident female lionesses: SaF03 (with a collar), SaF05 (A.K.A. the bearded lady, for having a partial mane), Mowana, and Mochaba. What’s more, Mochaba had her 3 young cubs with her. We watched as the cubs chased each other, stalked each other, practicing their hunting techniques, and seemed to only stop playing long enough to suckle from Mochaba. The lionesses were all just lying around, when a distant roar set off a concert. First two, then three, then all four of the lionesses rolled off of their sides onto their stomachs and started roaring together. And there we were, sitting in the middle of them, being vibrated to the core by this awesome and impressive song. It sounded like it came from deep within them and then it resonated deep within us. About thirty seconds later, all had gone quiet again, and the lionesses rolled back to their sides and the cubs resumed their play.

The short drive back to camp from there was uneventful except for the typical sounds of the night. We got back to camp filled with the anticipation of recounting our tale. Our excitement was a testimony that days like these are rare – even in Northern Botswana’s spectacular wildlife areas. You put in the time and effort, and eventually you get rewarded. 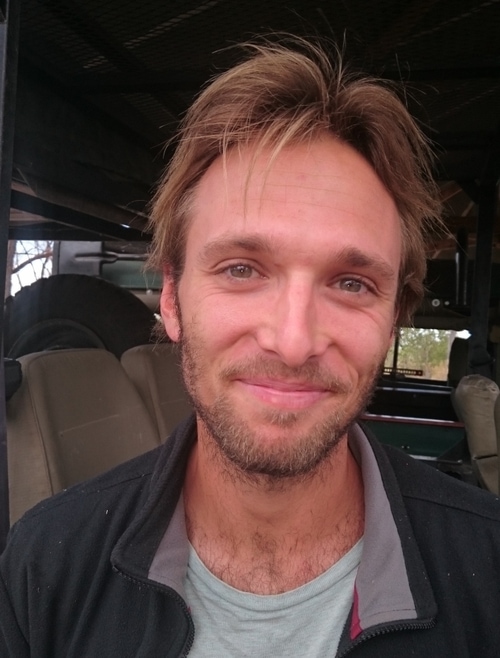