A (SAD) TALE OF TWO SISTERS 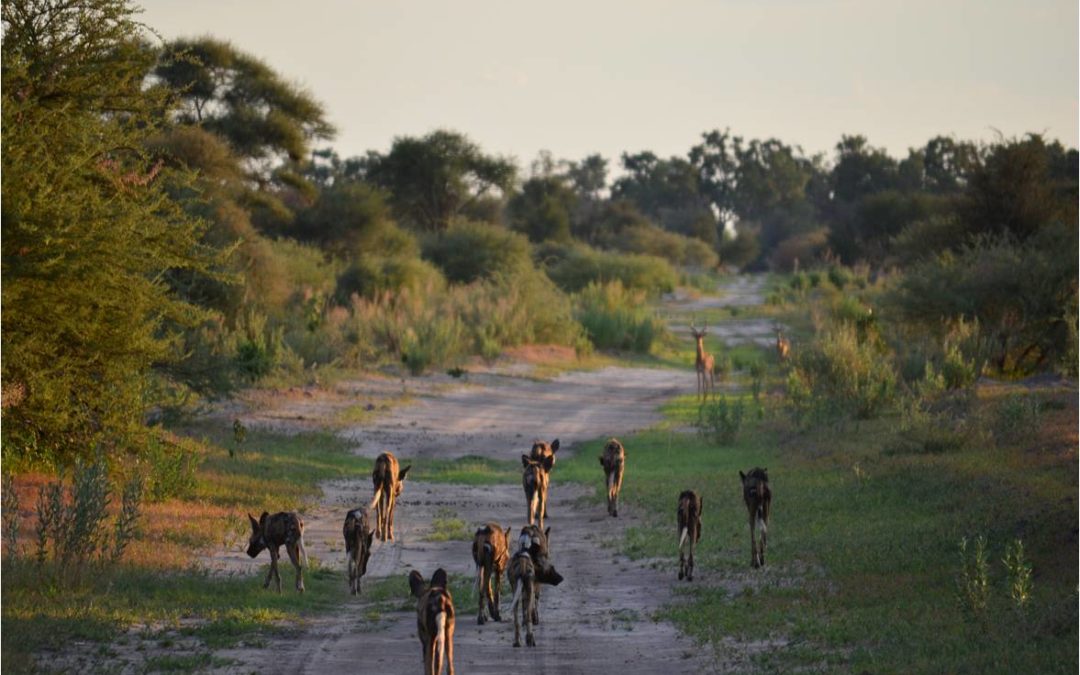 When you spend your time studying wild dogs, you cannot help but come to know them as individuals. The pack I spent most of my time with was the local Apoka Pack,  –  in the area since 2013. Darius, an immigrant male of unknown origins and Seronera, a disperser from the extinct Mathews pack were – and still are – the Apoka pack dominants. When I arrived at Dog Camp in mid-2015, they had only 3 surviving yearlings from the previous litter: sisters Trinity and Taryn, and a brother Titan.  On average only 50% of wild dog pups survive to be a year old. These three surviving littermates were curious and playful, but they stuck together and left a lasting  impression on me. 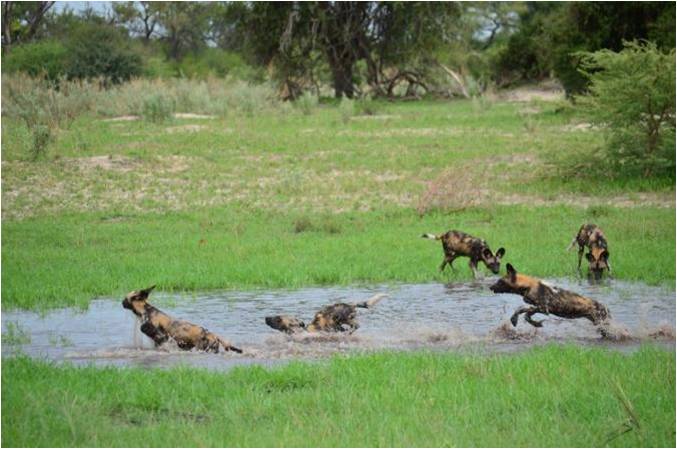 Figure 1. While the adults would try to hunt the yearlings and juveniles would trail behind, distracted, playing at every opportunity.

In the 2015 denning season Seronera had a litter of 11 pups. During the denning period whilst the dominant female is underground , the rest of the pack go hunting and return to the den with full bellies and regurgitate food for the mother and to her pups when these are old enough to eat meat. The small pups remain at the safety of a den for around three months, but then start running with the pack as soon as they are able. In wild dog society young pups are the best fed because adults step back from kills to let them feed first. These new 2015 pups given priority to the food took some getting used to for Trinity, Taryn and Titan.  Most of the time they would oblige, but on occasion I would see them trying to get scraps by harassing pups that were taking too long to eat.

I am not saying the yearlings weren’t invested in the pack. One day in October 2015, I found one of the new pups, APF1507 (AP = Apoka, F = female, 15 = year of birth, 07 = pup number) seriously injured and lying under a tree. We only give the pups names once they become yearlings, and I was sure this little female wasn’t going to make it to that milestone. She was bleeding from the head, had a broken jaw and puncture marks in her stomach, all possibly from a hyaena attack. The dogs that attended to her most were Trinity and Taryn who would lick her wounds. When the pack moved off to go hunting at the end of the day, remarkably, APF1507 started getting up to follow the pack. She was lagging behind but Trinity and Taryn would constantly run back to her, checking that she was managing to keep up. We were amazed that in the following weeks and months APF1507 managed to stay with the pack, a little trooper. She couldn’t eat for a while due to her broken jaw, resulting in her being uncharacteristically small, but she recovered. It’s amazing the injuries that wild dogs can overcome. A key benefit to living in a pack: if you can keep up, you will probably survive.

Apoka pack had a very successful year with 10 of those 11 pups still alive a year later at the start of the 2016 denning season. With Seronera pregnant again, 10 soon to be yearlings and some other older males in the pack, everyone suspected Trinity and Taryn would disperse. At two years old, Trinity and Taryn were prime candidates for dispersal.  In anticipation of her dispersal, we fitted Taryn with a satellite collar for a study by Dominik Behr and GabreleCozzi (a.k.a. “The Swiss”) on wild dog dispersal. To our surprise, the 2016 denning season came and went leaving 7 new pups, but Trinity and Taryn remained. However, the denning season was marked with the loss of the plucky APF1507, only recently named Garamba found dead next to a den subsequently abandoned. My little trooper was gone. By the time we discovered her body she had been heavily scavenged, destroying any details and clues to her death. We’ll never know what happened to her.

By the start of 2017, Trinity and Taryn were still with the pack . Four pups from 2016 remained. With the 2017 denning season approaching we all though “Ahh! This must be the year they go” and, living up to our expectations, Trinity and Taryn started showing signs of itchy feet. They began to rest apart from the others, ran by themselves, but stuck together. In May they were suddenly gone from the pack: they had dispersed! – to form a new pack, establish their own home range and have their own pups. 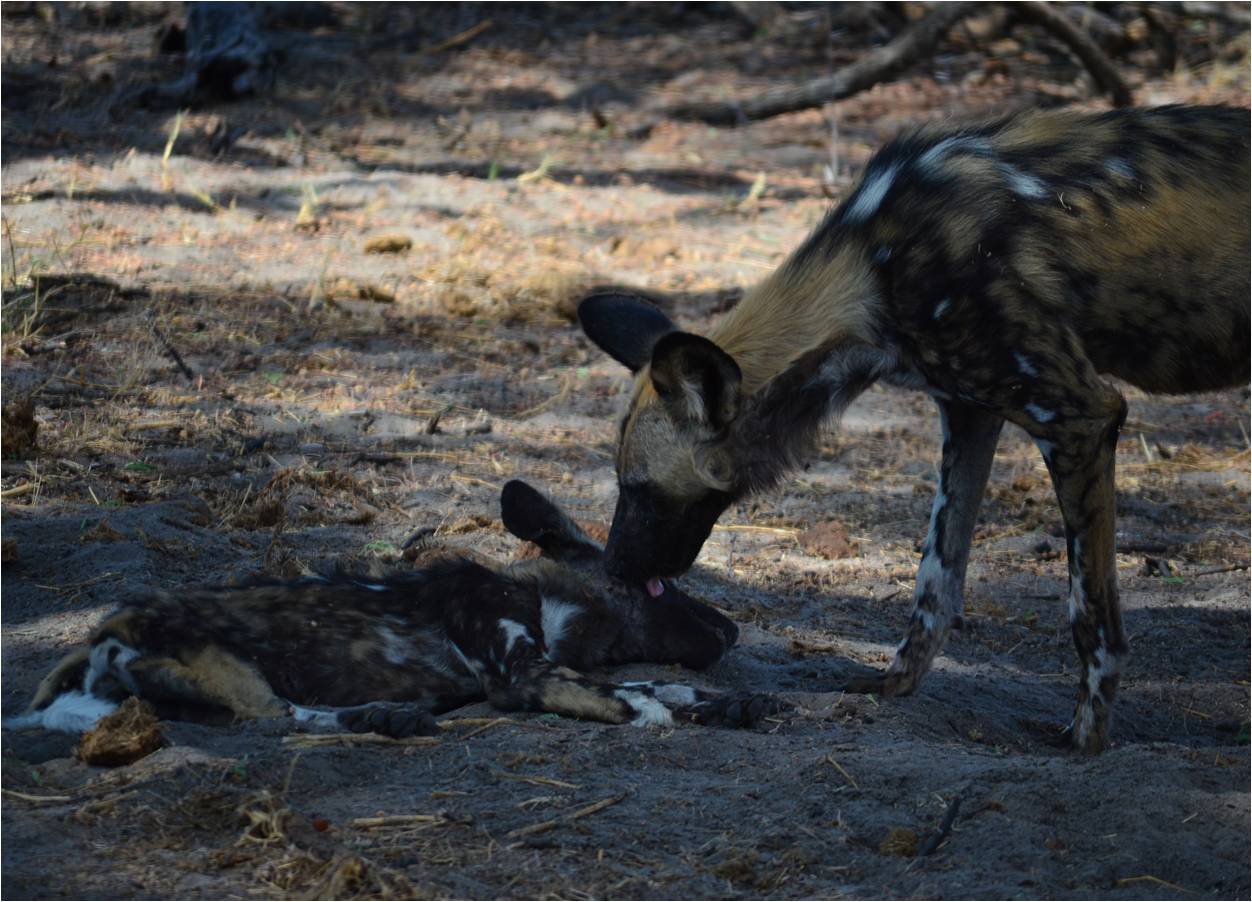 We eagerly followed their movements in detail with the aid of Taryn’s satellite collar and on their first real foray they explored south of the Vet Fence to within 12km of Maun and then came back again, – 40km in 24hours. A few days later they went south again, then looped to the east before they turned back toward “home” travelling more than 160km in 7 days – and they returned without any males. Although Trinity and Taryn were back in their home range for a few days they were not back with the rest of their natal pack. I managed to catch up with them then, and felt a certain pride in seeing them on their own. I thought of them as friends. They were independent, sticking together and going out into the world where I hoped they would succeed. I was excited to see who would be dominant (I hoped it would be Taryn!), who they would meet up with, where they would go, how many pups they would have.

But not 3 days after I saw them, we had a mortality signal from Taryn’s collar. We all assumed the collar had fallen off prematurely and were annoyed at losing them mid- dispersal. Unfortunately, the reality was far worse. Trinity and Taryn were found dead just near the vet fence. The vet fence separates Wildlife Management Areas, like the one we work in, from cattle posts and settlements. The proximity of their bodies to the fence was worrying, but wouldn’t prove anything. The lives of my two favourite dogs and all the possibilities of their successful dispersal ended there. There were no visible injuries, no tracks of other predators, no human footprints that might give us a clue. We wondered about snakebite, but that didn’t make sense, the two dogs dying together. When ‘The Swiss’ heard, they wanted to test for poison and upon returning to the carcasses, we found 12 dead and dying vultures; white-backed, white-headed and lappet-faced. We didn’t need to do any tests. The vultures’ deaths proved poison was involved.

Poachers have targeted vultures in recent years by lacing freshly killed animals with poison, destroying the beacon that circling vultures create and hiding their illegal activities. Vultures are slow breeding birds and mass killings are severely impacting populations in southern Africa. Some species have declined by 90% so that the white-backed, white-headed and hooded vultures are now critically endangered, while lappet-faced vultures are listed as endangered. We stumbled across a relatively small poisoning; hundreds of birds have been killed at previous incidents.

Did Trinity and Taryn stumble across a deserted carcass laced with poison by poachers or farmers? Scavenging is unusual behaviour for wild dogs, but if they were hungry after travelling such vast distances it isn’t impossible. They may not even have been the intended targets. Farmers sometimes retaliate against lions and other predators for killing livestock and resort to poison trying to kill any predator. Human-wildlife conflict is a very real and dangerous threat to predator populations. It may only be small-scale events most of the time: one lion shot here, a couple dogs poisoned there, but it happens just about everywhere and the impacts are still being calculated. If we’re not careful, if we don’t act to try and come up with coexistence solutions, it may become too late all too quickly. 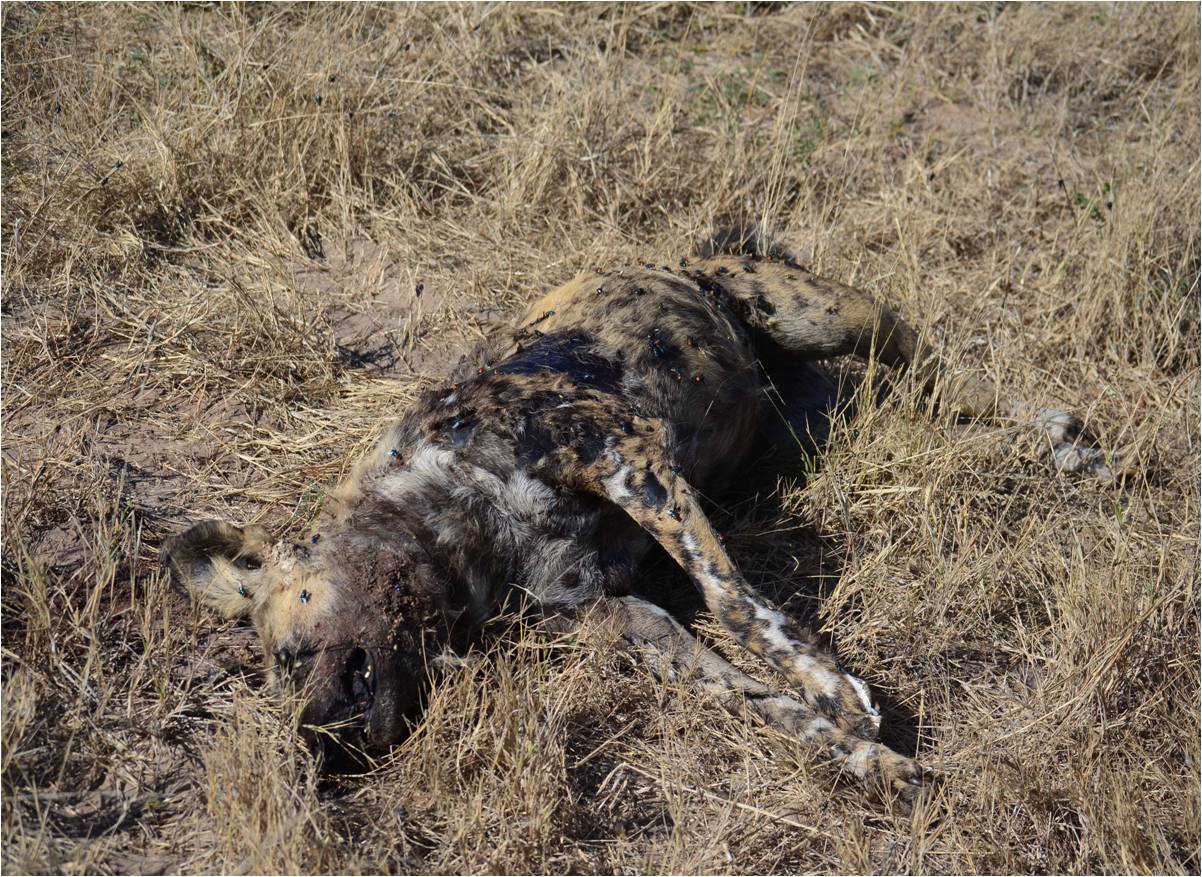 This isn’t the happy ending I wanted for those two dogs. I had developed a special affection and a quite personal bond with those two individuals. It saddens me that my last memory of those inquisitive and adept individuals is of them rotting in the sun beside the buffalo fence, stark reminders of the challenges that predators face in man’s world. But even now, Seronera is underground nursing 15 new pups from the 2017 litter. Meanwhile Titan remains, the last survivor of the 2014 litter. Who knows what the future might hold for him? 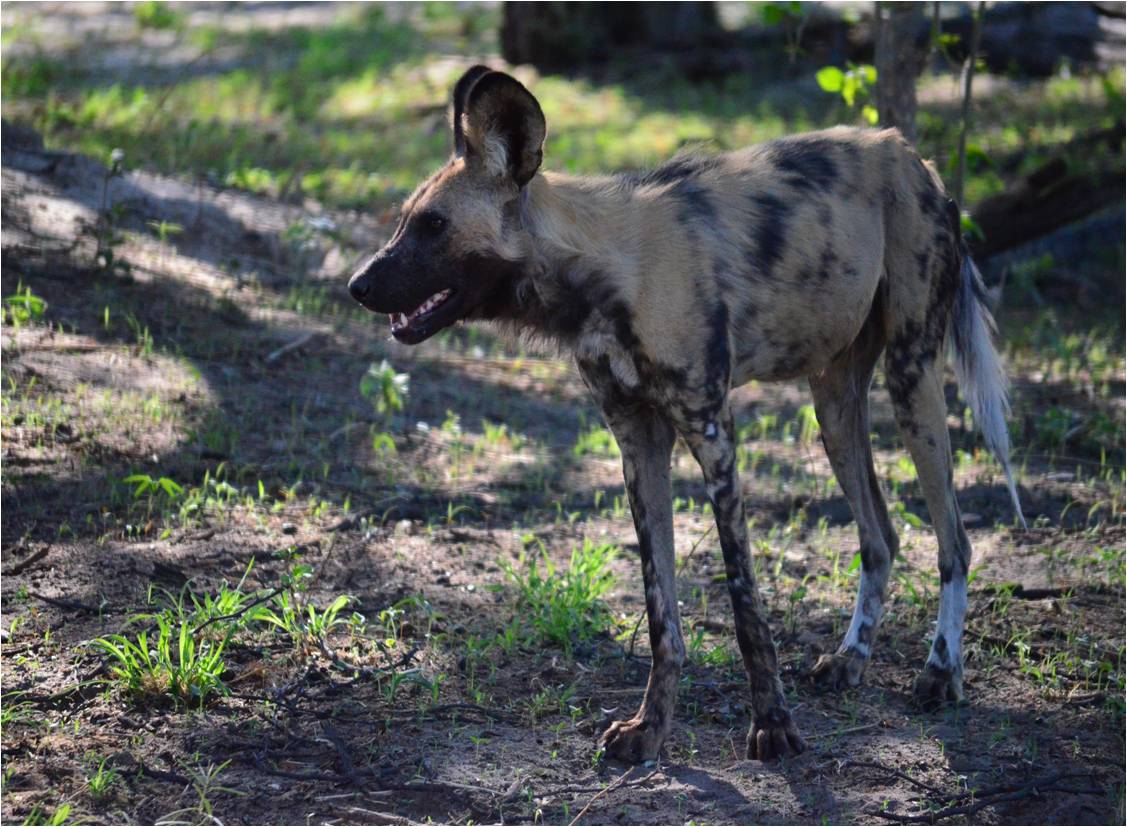